Release Day Blitz - Wanton with a Vampire by Cassandra Lawson 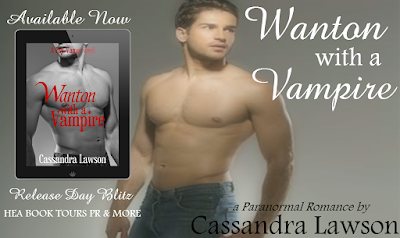 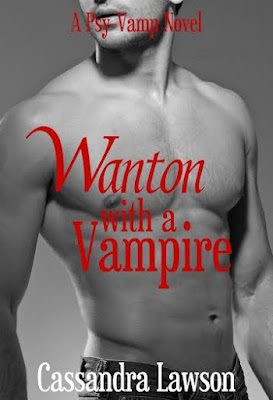 WANTON WITH A VAMPIRE
Genre: Paranormal Romance
~ SYNOPSIS ~
For more than two-hundred years, Aleksandr Draksel has avoided commitment of any kind. His life of travel and meaningless affairs was all he needed. That is until he met Trish Williams, a woman he is inexplicably drawn to. She is also the one woman he cannot have. When Trish’s life takes a deadly turn, and she becomes the target of a killer, Alek finds himself in the strange position of protector. He is determined to do whatever it takes to keep her safe and resist the urge to seduce her.

From the moment she met Alek, Trish has been irritated, flustered, and aroused. Despite her attraction, a future with him was impossible because he could never have more than a short fling with a normal human. Unlike her friends, Trish has no psychic abilities- or so she thought. One broken shoe changes everything. Now, she is determined to live life to the fullest. She is also determined to seduce Aleksandr Draksel. 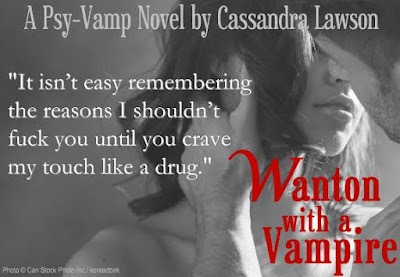 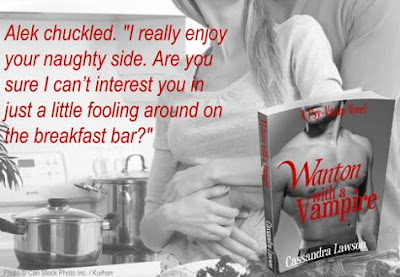 - EXCERPT -
Trish looked up and touched the side of his cheek. “Will you sleep with me, Alek?”

Sucking in a sharp breath, Alek was instantly hard. “That would be a really bad idea.”

“Why?” he sputtered. “I don’t know where to begin with the reasons why this is a bad idea.”

“Listen, Alek, I haven’t had much experience,” Trish admitted. “That time with you was the only time I’ve ever climaxed with a partner.”

Alek opened his mouth, but all that came out was a strange gurgling sound.

The woman actually laughed at him. “You look ridiculous. Is this all it would have taken to get you to back off a month ago? Are you one of those guys who only want a woman who’s a challenge?”

“I prefer women who aren’t a challenge,” he admitted. “You’re an exception. That has nothing to do with the reason I think this is a bad idea. I’m not going to take advantage of you when you’re recovering from a serious injury. You’ve had some terrible shocks in the last couple of days.”

“Believe it or not, I’m just asking you to sleep,” she said. “I’m freaked out and emotional. I watched my father die today, and I don’t want to be alone.”

Alek was more than a little embarrassed about his assumption. “Of course. I don’t know what I was thinking.”

“You were thinking you’re an attractive man who has women throw themselves at him all the time. Bet not a lot of women invite you to their bed for reasons other than sex.”

“True, but I should have known you weren’t planning to seduce me.”

“I wouldn’t even know where to start,” she admitted. “Seduction isn’t something I have a lot of experience with.”

“You were doing fine when you told me I’m the only man you’d ever climaxed with,” he confessed. “That got me thinking about all sorts of other ways I want to make you climax.”

The shy smile she gave him made him even harder, something she must have noticed while sitting on his lap. “Good, because I do plan to seduce you, just not tonight.”

- ABOUT THE AUTHOR -
Cassandra Lawson
Cassandra Lawson is an author and homeschooling mother of three from the San Francisco Bay area. She has always had a very active imagination and loves making up stories. When she is not writing, she enjoys baking, spending time with her family, listening to music, or curling up with a good book.