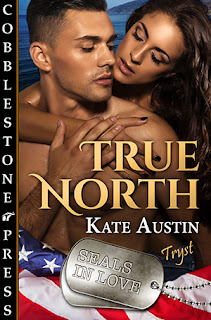 Navy SEAL Jake Erickson is dead tired after two years without a break, so he takes his 1967 Mustang convertible and heads north. Shelle, who has only a few months left before she can sell her dead twin’s B&B and go back to her real life, has spent the past few years avoiding men, but when Jake’s sexy voice asks if she has a room, she can’t say no. They’ve got twenty-six days together, and before they're forced to part, they agree that finding each other isn't due to luck. It’s fate. 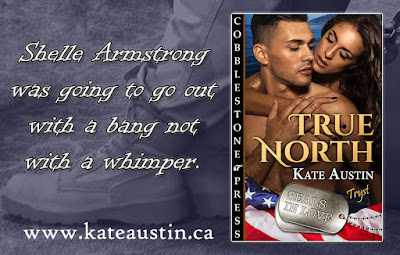 She hesitated for a minute, then braced her shoulders and held out her hand to him. "I'm Shelle," she said. "And you're…"
"Jake Erickson. We spoke on the phone?"
His voice, as he said only those few words, tickled every part of her, from her toes up to the top of her head, and everything in between. She folded her arms over her breasts, partly to hide her nipples that had perked up the minute she'd seen him, and partly, though she hated to admit it, to increase their tingling with her touch.
Her pussy ached.
Even though she wanted, desperately, to prolong the sensation, she forced herself not to wiggle against the fabric of her panties. God, he was fucking gorgeous. And the way he looked at her?
Every part of her body sang hallelujah.
He stood at the bottom of the stairs looking up at her as if he wanted to eat her up, his body built like— A god, she thought finally, after a few moments of silent contemplation. Thor, or Adonis, or maybe Javier Bardem.
He had to be almost a foot taller than her five foot six inches and every inch of him—from his comfortably worn biker boots, to his faded jeans that were rubbed almost white around his cock, to the black T-shirt hugging his huge shoulders—was exactly what she'd dreamed about having.
On a moonlit beach.
In the shower.
On the tiny porch outside her turret bedroom.
In her king-size bed that was far too big for just her.
Anywhere he wanted.
Shelle attempted to shake the erotic images from her head, and her ploy worked until he came up the stairs and halted a single step below her with his pale blue eyes—so pale they appeared translucent in the moonlight—level with hers, his lips just a tiny lean away.
He smelled like the ocean and laundry just off the line. His nostrils flared, and she couldn't help but wonder what she smelled like to him.
She didn't have to wonder long.
"You smell like summer and good California pinot," he said, "but most of all—" He leaned in a little closer and took a deep breath. "Mostly you smell like sex. Hot, steamy, over-the-top-crazy sex."
"So do you," she muttered, stepping back a little as he smiled at her, obviously enjoying her skittishness. "You might as well come on in," she said as she continued backing away.
He prowled toward her like a Bengal tiger after its prey, each step silent, his heavy boots quiet even as he passed the squeaky floorboard that woke her every morning except Sunday, the only day the paper boy didn't step on it at the ungodly hour of five a.m.

Kate Austin writes women's fiction, romance, magic realism, paranormal, and erotica, sometimes short fiction, sometimes poetry, and sometimes novels. She blames her mother and her two grandmothers for her reading and writing obsession. All of them were avid readers, and they passed their books and their obsession on to her.

Posted by Author Cassandra Lawson at 8:29 AM