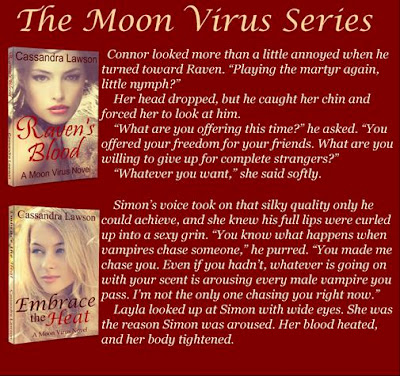 Raven's Blood Synopsis
Following the death of her wood nymph mother at the hands of vampires, Raven worked hard to build a life for herself in one of the few remaining human settlements. Her life takes a frightening turn when she finds herself an unwilling guest in a vampire settlement, but things are not anything like she expected them to be. Still, she cannot help but feel that her attraction to the vampire leader is a betrayal to her mother’s memory and her human friends.
From the moment Connor first laid eyes on Raven she has thrown his entire world off-balance. In order to prove his strength as a leader, he has no choice but to take her up on her offer to trade her freedom for that of her human friends. Having begun his life as a slave, he has no interest in keeping the wood nymph captive. As a man, he has no desire to feel this overwhelming attraction to a woman who hates him and his kind.
As Raven spends more time with the vampires, her feelings for Connor grow even stronger and Connor finds that she may be the one thing he cannot live without. Unfortunately, a new danger emerges that could threaten the survival of vampires and humans alike. As Connor struggles to unravel the mystery of the attacks from a new species of vampire, a madman will go to any lengths to get Raven’s blood. 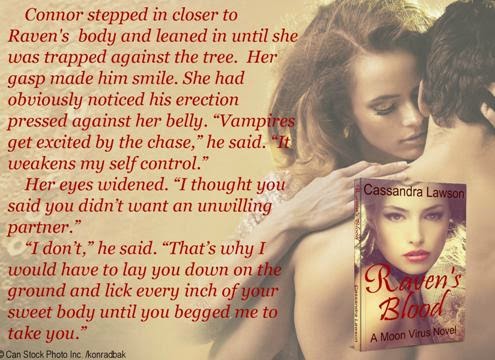 Embrace the Heat Synopsis
On her seventh birthday Layla’s mother mysteriously disappeared. Raised by a wood nymph in one of the few remaining human settlements, Layla learned to fight from an early age. She also learned to distrust the vampires who rule most of the land. When a vampire saves her life, Layla finds herself more than a little drawn to him, even knowing he could never give his heart to a human.
The trauma of his childhood left Simon weary and distrustful of all humans, until the day he saved Layla’s life. After seeing the spirited human fighting like a seasoned warrior, Simon can’t help but respect and admire her. He soon learns that Layla is much more than he ever imagined, and he finds it hard to stay away from her. Despite the depths of his feelings, Simon knows there can be no future for them.
Both of their worlds are turned upside down as Layla nears her twenty-seventh birthday. Suddenly the male vampires are inexplicably drawn to her, and Simon is no exception. As they unravel the mystery of Layla’s heritage, an enemy from their past resurfaces and threatens to destroy Simon and all that he cares for.

No Cliffhangers. While this book is part of a series, it can be read as a standalone novel.
Where to Buy
Amazon.com    Amazon UK    Amazon CA    iTunes   Barnes & Noble 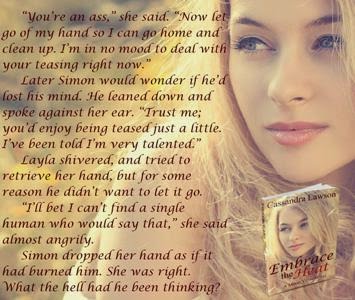