The Vampire Will See You Now Release Day Blitz 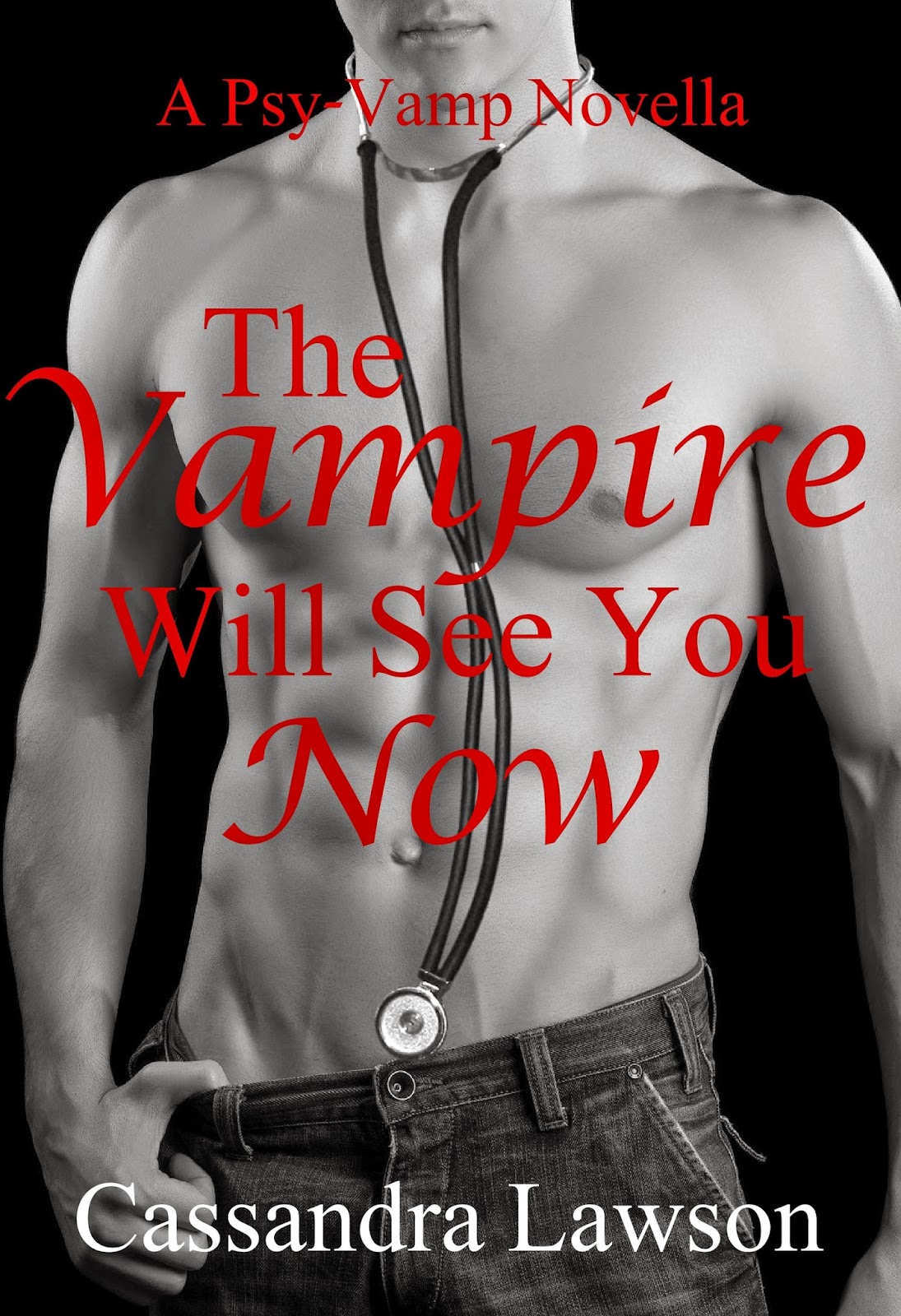 For more than three years Justin pursued Caitlin with a single-minded purpose, knowing she was the one woman he would do anything for. That resolve was tested when a member of his own family nearly destroyed Caitlin. Now, faced with the realization that she would be better off without him, Justin will do the hardest thing he has done in two hundred years of living and walk away from the woman he loves.
Surviving the most traumatic experience of her life unlocked abilities Caitlin wasn’t sure she could handle and created a memory she wasn’t sure she could live with. Aided by a powerful empath, Caitlin has learned to control her own abilities and discovered that she is even stronger than she ever imagined. The only problem now is that the man she loves has decided she would be better off without him. Never one to let others control her life, Caitlin will do whatever it takes to prove to Justin how wrong he is.

It felt like someone had shoved a bunch of cotton in his mouth. That was Justin’s first thought after regaining consciousness. Second, he thought about all the ways he could kill Aiden for drugging him, Okay, maybe not kill Aiden, but he intended to cause his cousin a serious amount of pain. As his mind became more focused, he realized he was tied to a bed. Not just any bed; this was his old bed in Nathaniel’s house. The room was still his since he stayed here if he had a lot of work to do. Most of his stuff was still here.
“What the hell?” he asked no one in particular. Being tied to a bed was more of an annoyance than anything else. He could easily snap the bed posts, which Aiden would know. Meaning this had to be a sick joke.
“Glad to see you finally decided to wake up.” Those words came out as a sexy purr from the corner of the room. In the darkness he couldn’t make out her features, but he easily recognized Caitlin’s voice.
“Care to explain why I’m tied to a bed?” he asked with mild curiosity. “While you’re at it, you can explain why I’m naked.”
“Call it an intervention,” she said and sauntered across the room wearing sexy black boots, skinny jeans and a slinky black top that rode up over her flat belly. Justin flinched and looked away from her scars.
“Why do I need an intervention? The only addiction I ever had was you,” he said with a sad smile. “I’ve done a pretty good job of giving that up.”
Justin was assaulted with lust so strong he felt it to his toes. His hips came up off of the bed and his erection stood tall. There wasn’t a doubt in his mind that Caitlin was responsible for his sudden arousal. The satisfied look in her eyes and the way the corners of her lips turned up ever so slightly proved he was right. Keeping himself from snapping the bedposts and throwing Caitlin onto the bed was a struggle. The only thing that kept his desire to dominate her in check was his concern for her.
“You need to stop pitying me. Stop looking at me like I’m a victim. Look at my scars,” she demanded.
Justin looked at her. His breathing was shallow. “Untie me Caitlin,” he demanded, sounding more like his old self than he had in a long time. 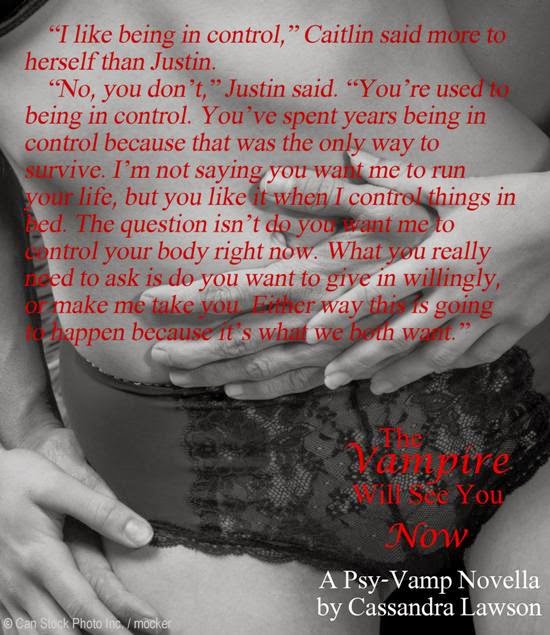 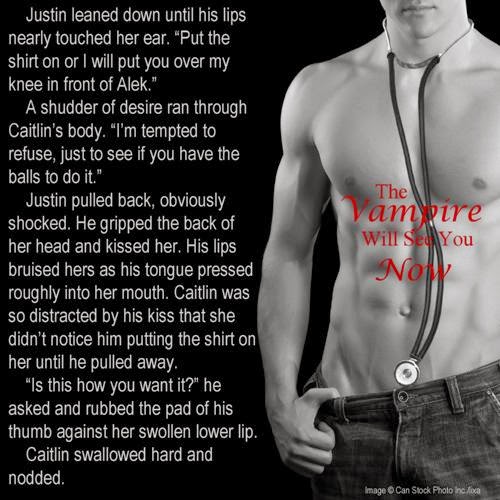 a Rafflecopter giveaway
Posted by Author Cassandra Lawson at 11:00 PM