THE VAMPIRE WILL SEE YOU NOW - Teaser 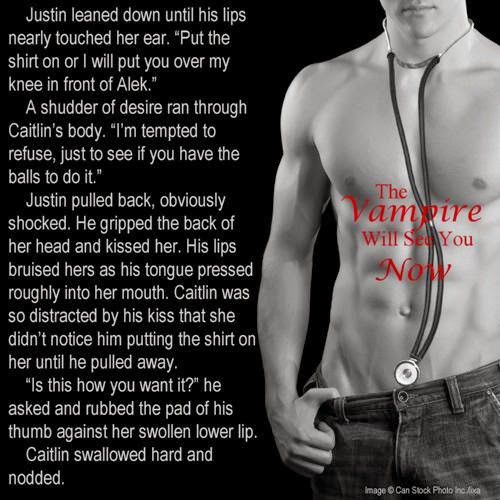 Pre-Order The Vampire Will See You Now
Amazon.com    Amazon UK   Amazon AU   Barnes & Noble    iTunes
Synopsis
For more than three years Justin pursued Caitlin with a single-minded purpose, knowing she was the one woman he would do anything for. That resolve was tested when a member of his own family nearly destroyed Caitlin. Now, faced with the realization that she would be better off without him, Justin will do the hardest thing he has done in two hundred years of living and walk away from the woman he loves.
Surviving the most traumatic experience of her life unlocked abilities Caitlin wasn’t sure she could handle and created a memory she wasn’t sure she could live with. Aided by a powerful empath, Caitlin has learned to control her own abilities and discovered that she is even stronger than she ever imagined. The only problem now is that the man she loves has decided she would be better off without him. Never one to let others control her life, Caitlin will do whatever it takes to prove to Justin how wrong he is. 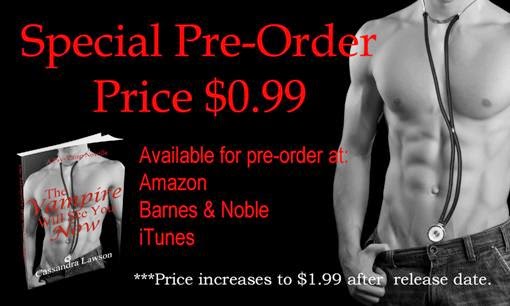 Posted by Author Cassandra Lawson at 6:09 AM